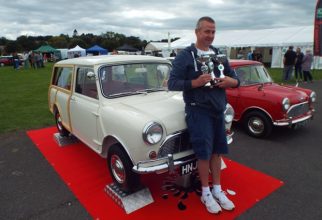 A great day at the British Mini Clubs Mini Fest 2016 at Uttoxeter Racecourse in Staffordshire. Fortunatly the rain on the saturday moved away east and a lovely dry day on the Sunday With a fantastic turn of some regular show cars and some new ones as well. Which is always great to see.  … Read more 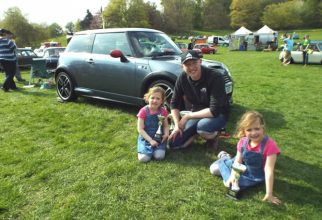 26 degrees of British summer sun heralded the arrival of the start of the British Mini  Clubs concours season at Himley Hall. What perfect weather for an excellent turn out of entrants in both the concours and Show N Shine. As we have said before the quality of the concours Mini’s increases every year. We… Read more 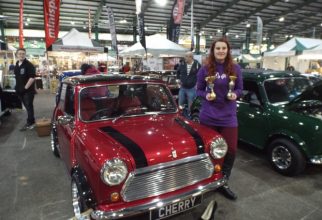 An excellent Pride Of Ownership at the British Mini Clubs 17th Mini Fair. Held at Bingley Hall near Stafford on the 31st January 2016. The show area was packed with quality classic and modern Mini’s right from 1959 to present day. Pride Of Ownership is not always about the Mini but also the owner as… Read more 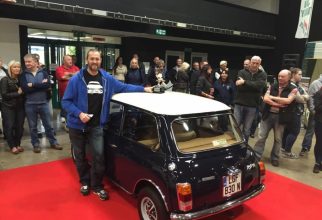 What a result, What a winner!!! Ruth Webb with her stunning Mini Innocenti takes the top prize in the Mini scene by winning the British Mini Clubs Premier Concours at Mini Fair 2 at Stoneleigh Showground on 18th October 2015. Incredible stiff competition from all past winners at both Himley and Uttoxeter. We could not… Read more 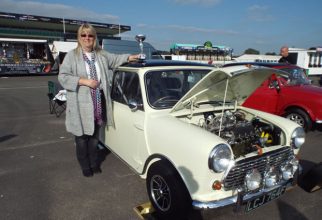 What a great day that was. With Christina Moran winning Best Mini/MINI Of The Day and a cheque for £250. Her recently restored Mini Cooper S Downton really is stunning. Although when they purchased the very rough Mini it still had all the Downton items. Most had to restored or part remanufactured. Though the Downton… Read more 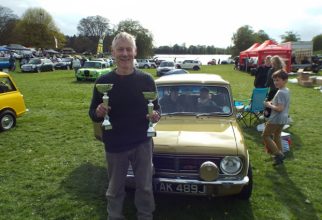 What a fantastic time at the British Mini Day at Himley Hall , good weather, big crowds and and a superb display of Mini’s of all shapes and sizes in Premier Concours Round 1 and Show N Shine. Massive congratulations to Alan Slater and his top quality Mini Clubman 1275GT TAK 489J which won ‘Mini… Read more 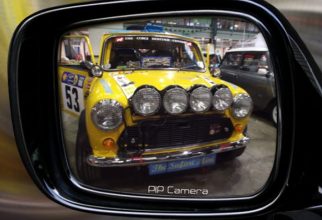 A very sucessfull Mini Fair 2015 again saw a top quality Pride Of Ownership, and superb display’s by Mini Clubs using ‘London’ as the theme. I was sent out by our Head Judge to try and decide a winning Mini from the Pride Of Ownership and the Simply Redz display. At one point I had… Read more 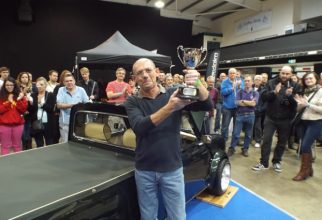 Paul Moran wins the Premier Concours for 2014 at the British Mini Clubs  Mini Fair 2 event at Stoneleigh in Warwickshire, along with a cheque for £700. This is the second time Paul has won the title in the last three years with his stunning Mini Pick-Up. It was a tough fight though and he… Read more 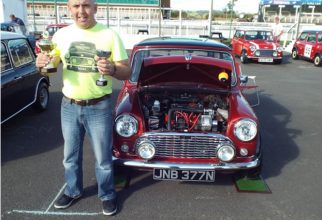 Mini Fest Premier Concours Results 2014 Round 2 As always we had an incredible turn out of concours and show and shine Minis at Mini Fest 2014. We were very impressed with the number of early Cooper and S Mini’s. A very strong entry in all classes including a very unusual Siva beach buggy Mini… Read more 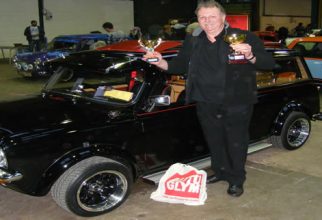 Dr Stuart Chance with his incredible Extreme Mini wins Best Mini/MINI of Mini Fair 2012. A superb transformation of a Clubman Estate into a Hearse was wonderfull to see and even included a coffin in the back. Although the coffin was being used for the MIni’s ICE system with fitted speakers. Even sporting the number… Read more